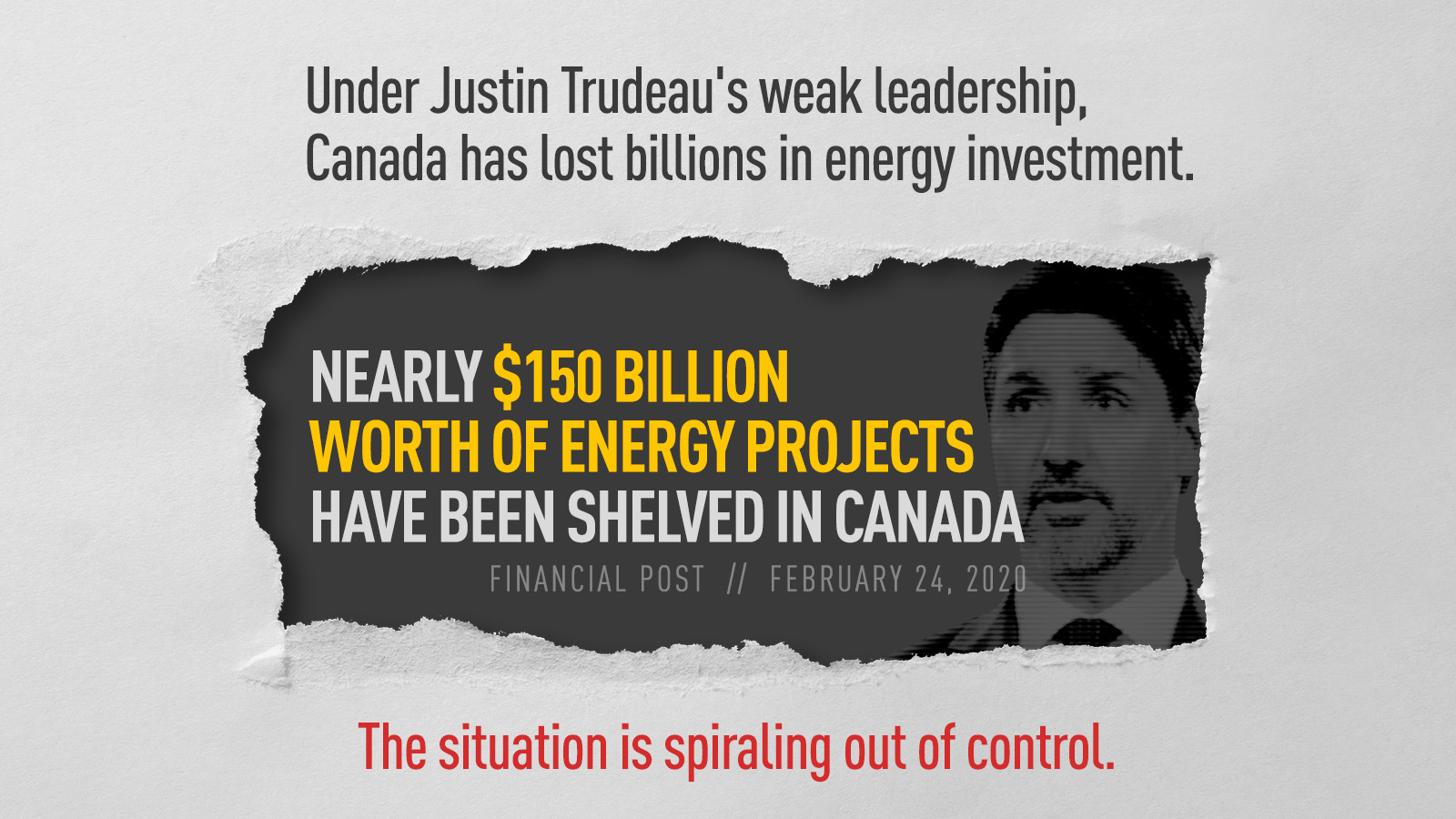 By now, you will all have heard about the cancellation of Teck Resource’s Frontier oilsands mine, a $20 billion project.

Make no mistake, this cancellation lies squarely at the feet of Prime Minister Justin Trudeau and his Liberal government.

This is a project a decade in the making. It was approved and deemed “in the national interest” by an independent and non-partisan board of environmental and economic experts after an extensive and strenuous review.

Teck Resources had tremendous success in their consultations with First Nations, receiving the support of 14 out of 14 First Nations in the area. It would have created an estimated 7,000 construction jobs and 2,500 operational jobs, while contributing approximately $12 billion in federal income and capital taxes.

That is, until Teck Resources announced that they were suspending their application just two days before the Liberal Cabinet would make their final decision.

And what reasons did Teck give for this decision?

It is clear that the weak response of Trudeau to the ongoing rail protests and the Trans Mountain Expansion protests changed the playing field.

The Liberals have tried to portray this as a choice by Teck, completely separate from the current political upheaval. They blamed Alberta for not implementing their carbon tax. They blamed Andrew Scheer for having a different environmental plan. They even blamed the price of oil - despite Teck clearly stating that Frontier made economic sense.

According to Trudeau, he’s the only one not to blame.

But the truth is, the application has been on Trudeau’s desk since July and could have been approved long before any of this happened. His inaction has emboldened radical activists and public safety concerns are now shutting down nation-building energy projects.

Oil and gas projects are getting built all over the world right now. Everywhere except Canada – and Trudeau is the reason why.

Have a good weekend everyone.