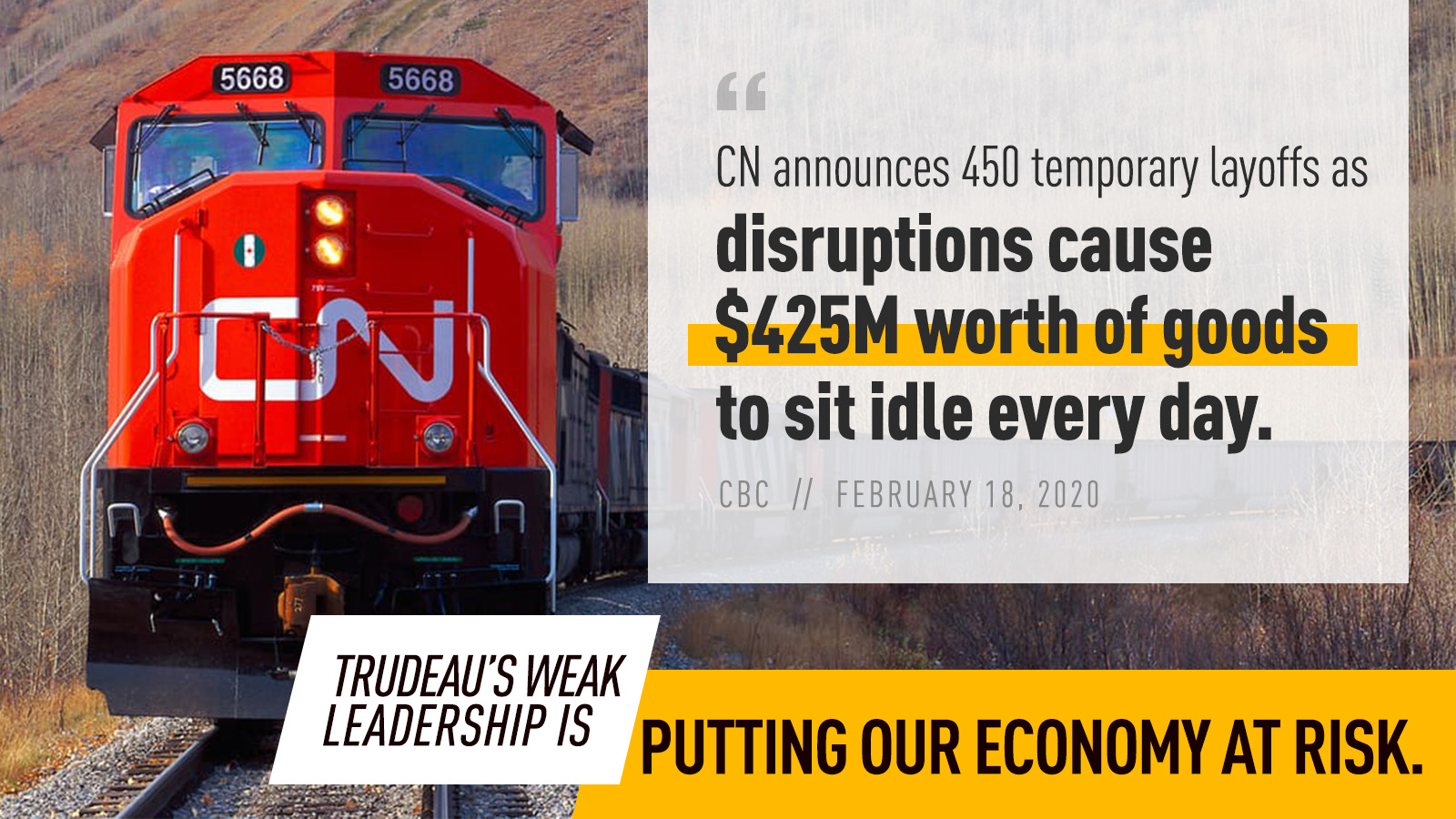 As the illegal blockades conclude their second week it is clear the Prime Minister has no solution.

Earlier this week, in a speech filled with empty words and no action, Trudeau called the blockades “unacceptable” yet refused to offer a way forward aside from “dialogue” with the radical activists who do not represent the Wet'suwet'en people.

Conservative Leader Andrew Scheer’s response reflected what we were all thinking when he stated, “that was the weakest response to a national crisis in Canadian history", and that “the Prime Minister’s statement was a complete abdication of responsibility and of leadership.”

This week I heard from constituents who told me about the devastating impact these activists are having. As farmers, they rely on rail to transport their product to market. Without it, they will be unable to deliver their grain or receive the payment they need to pay their bills – bills that keep coming, whether or not the trains are running.

Throughout this crisis the Liberals consistently refused to direct the RCMP to enforce the law, even falsely claiming on multiple occasions that they do not have the power to do so.

“But the fact remains”, said Trudeau, “the barricades must now come down, the injunctions must be obeyed, and the law must be upheld.”

This quick about-face shows in stark detail the Liberal’s hypocrisy and empty virtue-signaling.

But we need more than words, we need action.

This is why we brought forward our motion on February 20, calling on Parliament to condemn the actions of these protestors and do what is necessary to get our economy moving again. It will be voted on early next week.

Even if it is defeated, we will not stop fighting for Canadians, for the rule of law, or for the Wet'suwet'en people who simply want a chance at a better life.

After 18 days, a weak response from the Prime Minister and no end of the blockades in sight, the simple question remains: is Canada a nation of laws, or one of anarchy?

I hope this has been of interest to you.