Today is the 80th anniversary of the Dieppe Raid when over 6,000 men, mostly Canadian, crossed the English Channel to test the defences of the German occupation of France, show support for our allies, and provide a morale boost for the people at home. The result was disastrous. Of the 4,963 Canadians who embarked on the operation, only 2,210 returned—many of them wounded. More than 900 Canadians died and some 1,950 became prisoners of war. But the Dieppe Raid was not in vain. The operation offered invaluable lessons that contributed to the Allied successes on the beaches of Normandy two years later. 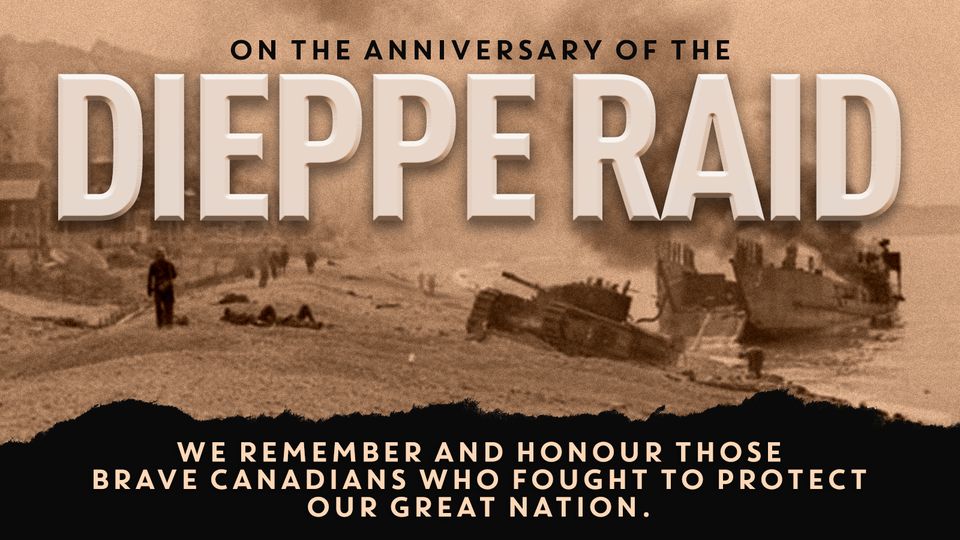