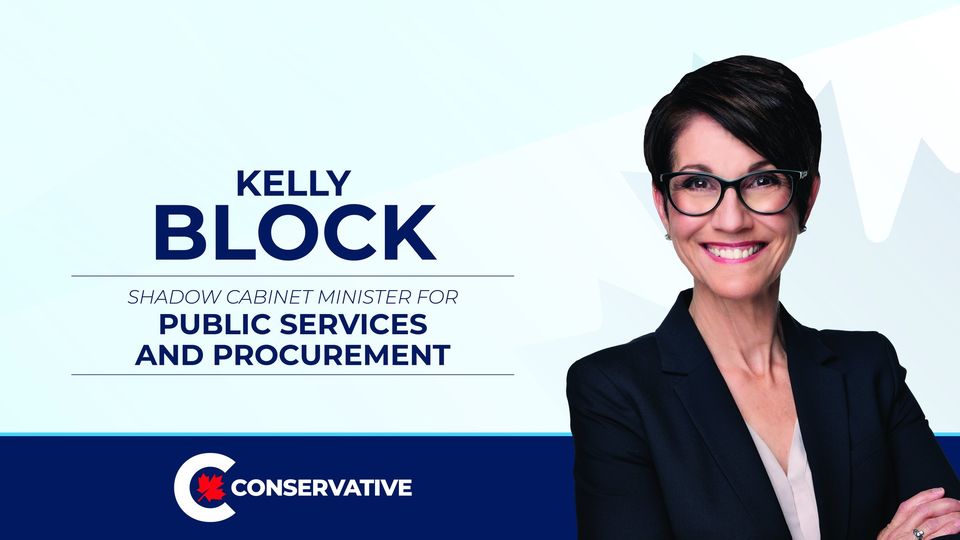 Statement by Kelly Block, Member of Parliament for Carlton Trail-Eagle Creek on the announcement of the Conservative Shadow Cabinet

It is an honour to be appointed by Pierre Poilievre to serve our Conservative Caucus as the shadow minister for Public Services and Procurement Canada.

Public Services and Procurement Canada plays an important role as a key provider of services for federal departments and agencies. It supports them in the achievement of their mandated objectives as their central purchasing agent, linguistic authority, real property manager, treasurer, accountant, integrity adviser, and pay and pension administrator.

The current Liberal government has mismanaged a number of important files including defence procurement and the Phoenix Pay System.

Under Pierre Poilievre’s leadership Conservatives will  continue to fight Justinflation and hold the Liberal-NDP coalition to account for their high tax and spend agenda which is hurting all Canadians but especially those living pay cheque to pay cheque.