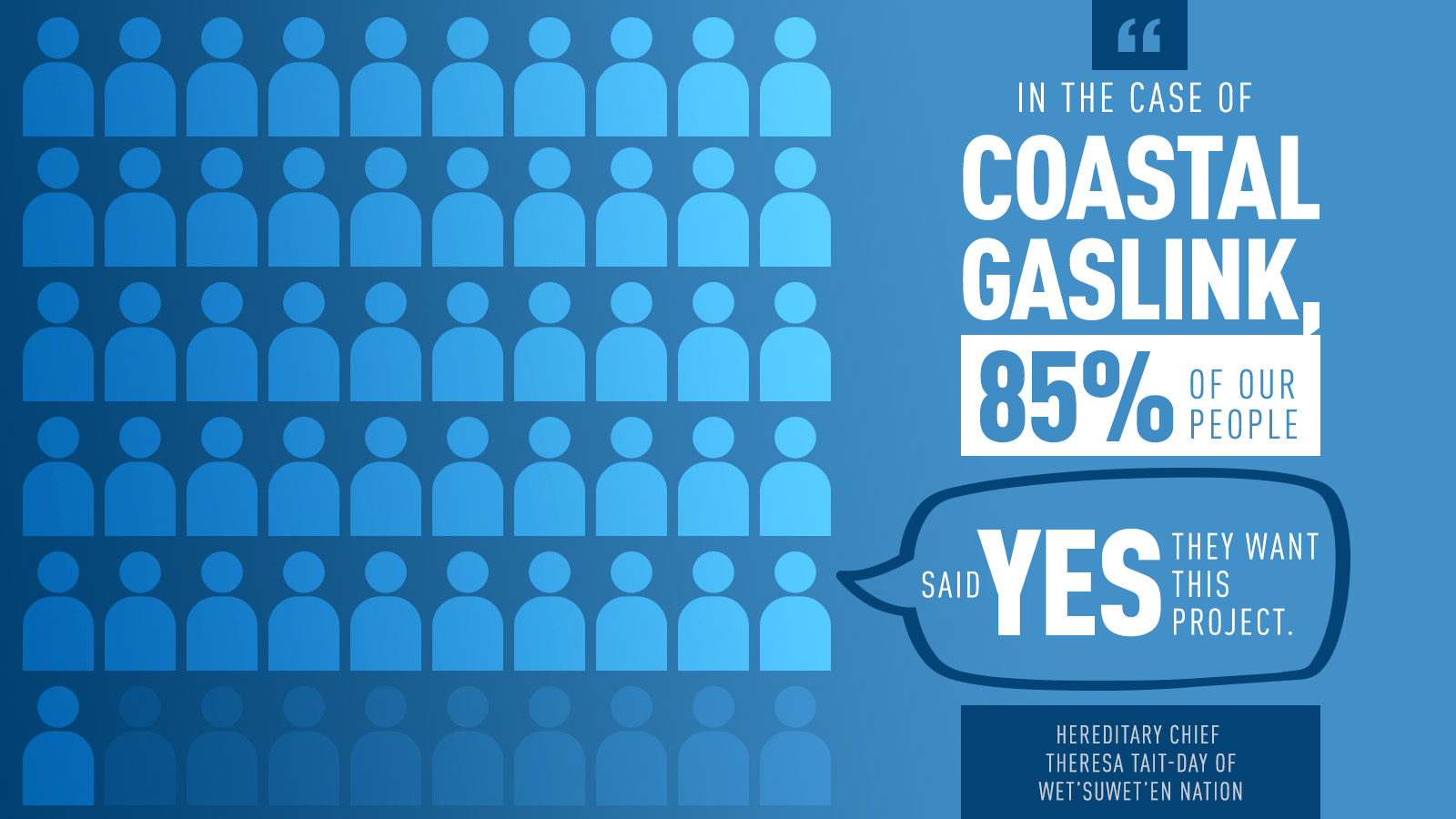 While the Prime Minister flies around the world attending cocktail parties and pledging to fund oil and gas development in foreign countries, Canada has been held hostage by activists campaigning on the belief that they know better than the democratic choices of the Wet’suwet’en people.

Protestors have erected illegal blockades on Canada’s busiest rail corridor, on bridges to hospitals, and on busy roads in cities like Ottawa, Regina, and Vancouver. These protestors have even physically interfered with and intimidated Deputy Prime Minister Chrystia Freeland.

CN Rail and Via Rail have suspended operations in eastern Canada, leaving businesses without any ability to get their goods to market and thousands of Canadians without affordable long-distance travel.

The only response from Trudeau was a hesitant two-paragraph letter that kowtowed to protestors.

Conservative Leader Andrew Scheer had no such indecisiveness when he unequivocally condemned the unlawful actions taken by these protestors and made clear that Canada must be a nation where the rule of law is respected.

The protestors are upset that the RCMP has begun enforcing a BC Supreme Court injunction against activists who are preventing Coastal GasLink from being constructed in Wet’suwet’en territory. But do those activists even have the support of the Wet’suwet’en people?

According to Wet’suwet’en Hereditary Chief Helen Michelle, they do not.

“A lot of the protestors are not even Wet’suwet’en. Our people said go ahead to Coastal GasLink.”

Hereditary Chief Theresa Tait-Day of Wet’suwet’en Nation agreed, and spoke about the results of a referendum on the pipeline:

“In the case of Coastal GasLink, 85% of our people said yes they want this project.”

Canada’s Constitution contains the duty to consult with impacted Indigenous communities. This demands a fair and transparent process for any proposed national resource project. These consultations were conducted properly, resulting in Coastal GasLink receiving the approval of the Wet’suwet’en people. In other words, the project is supported by those who are directly impacted and who stand to benefit greatly from the economic opportunity of the project.

In fact, all 20 First Nations along the Coastal GasLink route have democratically approved the project.

Allowing a small group of activists to override the rights and democratic decision of the Wet’suwet’en people is a dangerous precedent that cannot be allowed to stand.

“We negotiated hard to guarantee that Nadleh people, including youth, have the opportunity to benefit directly and indirectly from the project, while at the same time, ensuring that the land and the water is protected...”

The Wet’suwet’en have said their piece. It’s time we all listened.

Have a good and safe long weekend everyone.