Many of you have heard about two private members bills which mirror each other. Bill S-233 was introduced in the Senate by Senator Kate Pate, and the other, Bill C-223, was introduced by NDP MP Leah Gazan in the House of Commons. These two Bills are word for word identical.

Bill S-233 has been debated in the Senate and is slowly making its way through the Senate process.

MP Gazan is currently number 90 on the Order or Precedence meaning it will likely be late 2023 or early 2024 before Bill C-223 is debated in the House of Commons.

As noted in the Summary below, these bills would require the government to create a framework to provide all persons in Canada over the age of 17 with access to a guaranteed livable basic income.

These bills are worded in this way because private members bills cannot initiate the spending of tax dollars. Under the Canadian system of government, the government alone initiates all public expenditure and Parliament may only authorize spending which has been recommended by the Crown.

This “framework” does not specifically create a universal basic income.

It is unclear whether the Liberal government will support these bills should they come to a vote.

According to the Parliamentary Budget Officer, the cost of a universal basic income scheme would start at $85 billion a year and rise to $93 billion by 2025. This would require an increase in personal income taxes by almost 50 per cent or a tripling of the GST.

Conservatives believe that well-paying jobs and lower taxes are the best way to improve the personal financial security of Canadians.

Universal basic income schemes are a risky and unknown experiment which could have a large and negative impact on our society and on our economy.

Thank you to the many who have written and called to express your opinions on this important issue. I truly value the input you have provided. 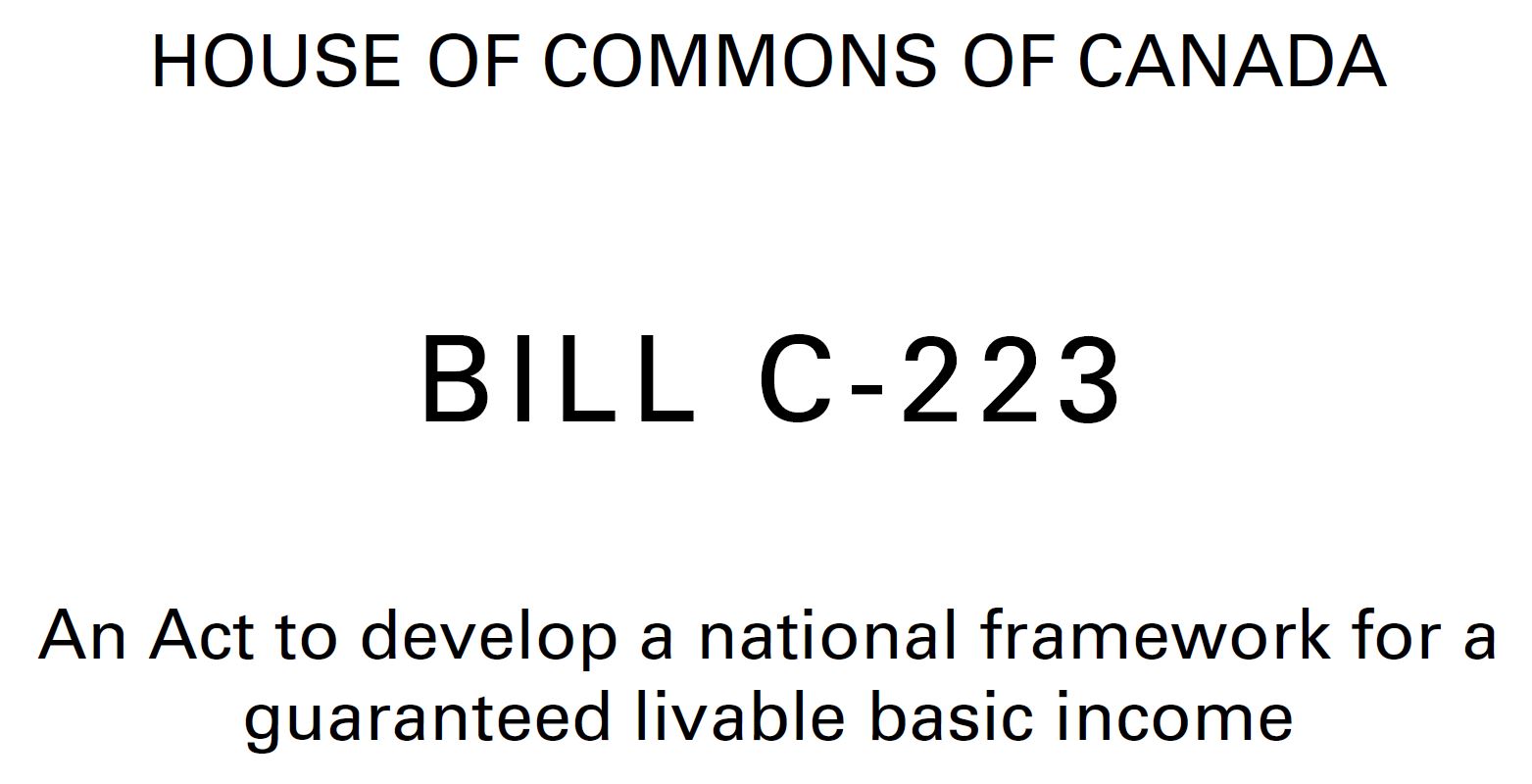