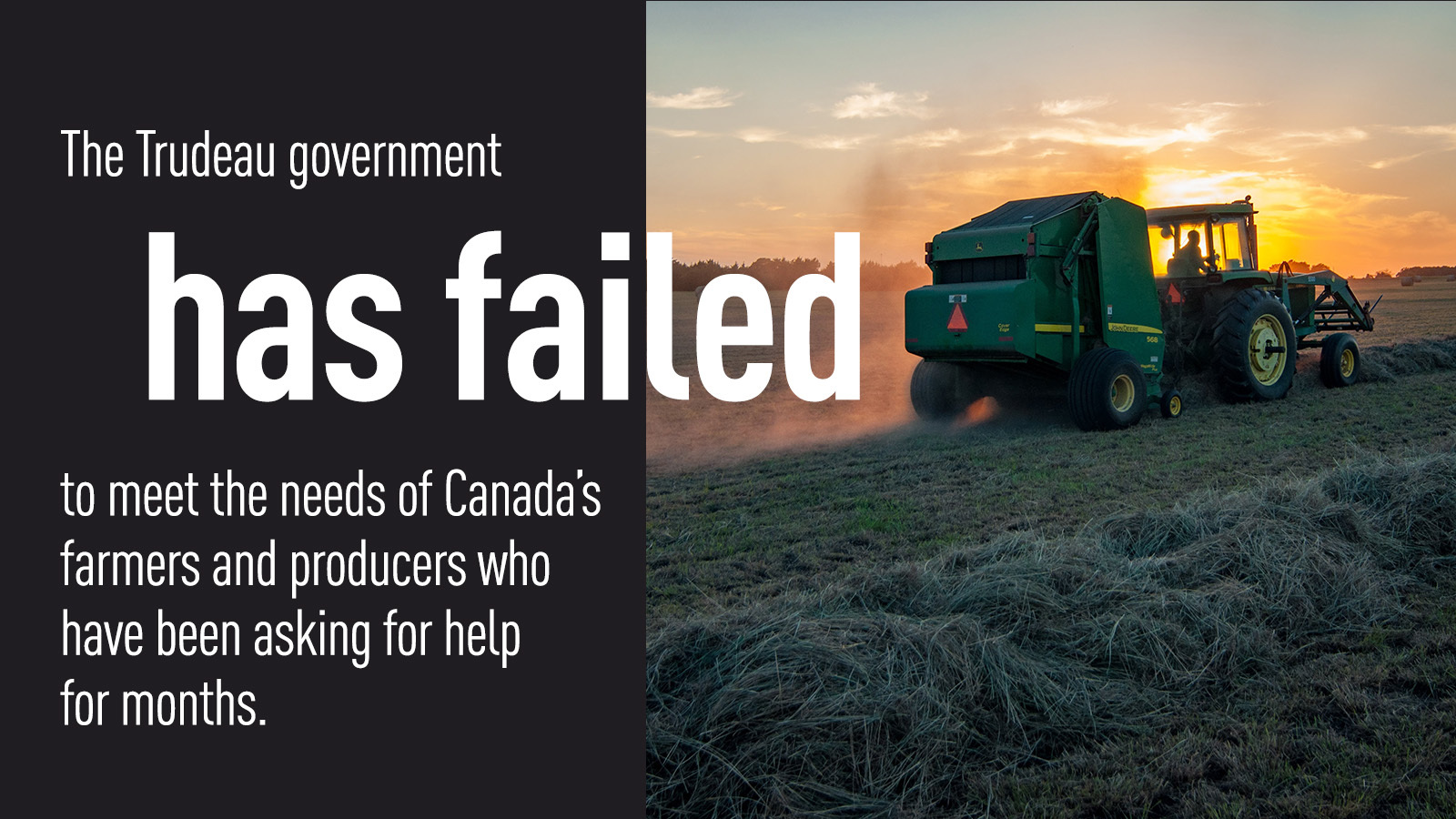 Our farmers have had much to deal with from last year’s tough harvest season, the trade dispute with China, the Liberals carbon tax, an early snowfall, illegal blockades, and now COVID-19.

Our agricultural sector is suffering due to the pandemic and subsequent lockdowns, yet farmers have largely been left on the outside of any aid announcements. The Liberal government has so far refused to allocate any additional funding to agriculture and has ignored Conservative calls to connect young people looking for work with farmers seeking help.

This was made all the more apparent when Prime Minister Trudeau tried to pass off previously announced funding as new aid.

“The Trudeau Liberals claimed they were supporting the agriculture sector, but we have since learned that the funding isn’t new. This is a slap in the face to farmers and producers across the country.

“Farm groups in Canada have been vocal about their need for support during this pandemic, including the Canadian Federation of Agriculture which asked the government for $2.6 billion in support. Instead of helping the agriculture sector when it needs it the most, the Liberals decided to re-announce the $125 million already budgeted in the Agri-Recovery program.

“This is not the first time during this pandemic that the Liberal government has re-announced programs and funding for the agriculture sector. The first major agriculture announcement the Liberals made, $5 billion in funding for Farm Credit Canada, was a 2019 campaign commitment and unrelated to COVID-19.

“The unprecedented nature of this pandemic calls for unprecedented action, not recycled programs by a government that does not consider the agriculture sector to be a priority.

“Canada’s Conservatives will continue to press the Trudeau government for real help for our agriculture sector, including reforming the Business Risk Management programs. We will always stand with our farmers and producers.”